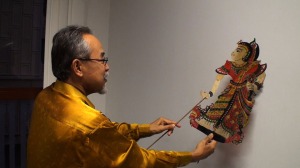 In late-August, the crew will film banana folktales acted out with traditional SE Asian shadow-puppets.

MONDO BANANA has succeeded with its fundraising campaign on Kickstarter! When the August 10 deadline rolled around, the documentary was 105% funded – which means the upcoming banana shoots are “on” and the film’s production will be completed this Fall! Next up, we’ll be animating banana folktales with traditional Southeast Asian shadow puppets…

This was only possible thanks to the belief and dedication of everyone who supported the project and rallied behind the Kickstarter campaign. THANK YOU to everyone who donated and helped to spread the word!!!